“What Are You Doing New Year’s Eve?”

Countdown To A Kiss: A New Year's Eve Anthology

About the Book Buy Book 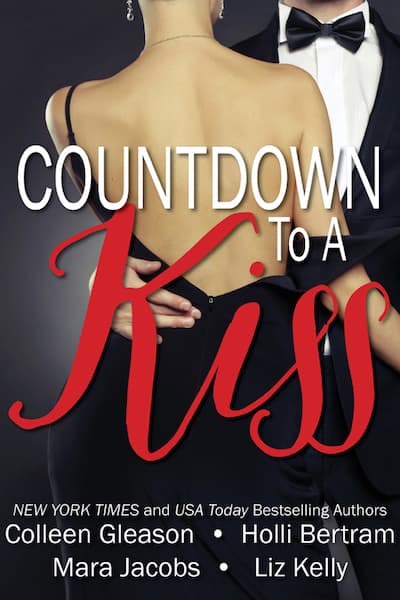 The Devine sisters return to their hometown for New Year’s Eve each year to attend the annual ball. Part of the tradition is their decade-old bet: whoever has no date at midnight has to kiss their nerdy neighbor Lewis Kampmueller.

Tess – burned by love, the glamorous Broadway star isn’t interested in a repeat performance…until she encounters an old flame.

Annabelle – when the local etiquette expert gets caught breaking the law, her heart might have to pay the price.

Grace – the tough FBI agent has an easy time being one of guys, but is she woman enough to keep a man?

Lewis – the shy nerd has made millions over the years…but is he smart enough to catch the woman of his dreams?

Who will lose the bet but win out in love? Four charming stories written by four different authors about one fateful New Year’s Eve.

The champagne is poured. The clock is ticking. Join the countdown!